The climate of Monteverde is determined by the winds which enter Costa Rica charged with humidity from the Caribbean Sea to the Pacific. The winds cross through La cordillera de Tilaran which acts like a barrier for the humid air.
The winds in passing through LaCordillera become cold and provoke the rain passing over to the Pacific coast; the winds warm up while lowering from the mountains.
The annual average of temperatures varies between 20°C and 25°C, and the anual average of rainfall is 3000 mm.

Monteverde began to be inhabited since 1927, and by 1940 it already had about 100 inhabitants. In the 1950s a group of Quaker families from Alabama, USA, came to Monteverde with a pacifist mentality, just after openly opposing the Korean War and challenging their military projects.They where who baptized this place with the name that gave it fame.
One year later they founded the cheese factory of Monteverde, rWhich today is widely recognized for their high quality products. The factory is proud of its high standards of hygiene, advanced technology in materials and machinery, consumers principally, who have permitted the contribution of products satisfactorily in families, both in and out of Costa Rica.

All are invited to visit the factory to indulge in milkshake or to enjoy a delicious ice cream. Monteverde presents a richness in the diversity of flora and fauna which is unique in the world .The reason in which it is  a recommended site to visit. It is a place which has lots to offer to those nature lovers and scientists interested in nature diversity.
The community of Monteverde formed itself based on the protection of the nature in which allows agriculture and tourist to continually develop. Situated in a high area in the mountains of LaCordillera of Tilaran the town of Santa Elena is the most important part for the tourist.

Santa Elena is no different to any other town. The center has no more than a few blocks, each and every block has something wonderful to offer .Other than the usual basics, superstore, pharmacy and bank, there also exists small and accommodating coffee shops, small restaurants known as ”Sodas“, libraries and various souvenir shops  full of handmade gifts produced by local artists.

Small hotels and cabins are at the point of nature loving explorers, scientists, travelers and families all of whom will discover a tropical cloud forest secret each day.
The denseness of the forest, the fog and the constant dizziness proposes a mystical and exciting atmosphere which is not to be missed, not to mention the exceptional vegetation.

With so much to see, we recommend at least two nights here in Monteverde 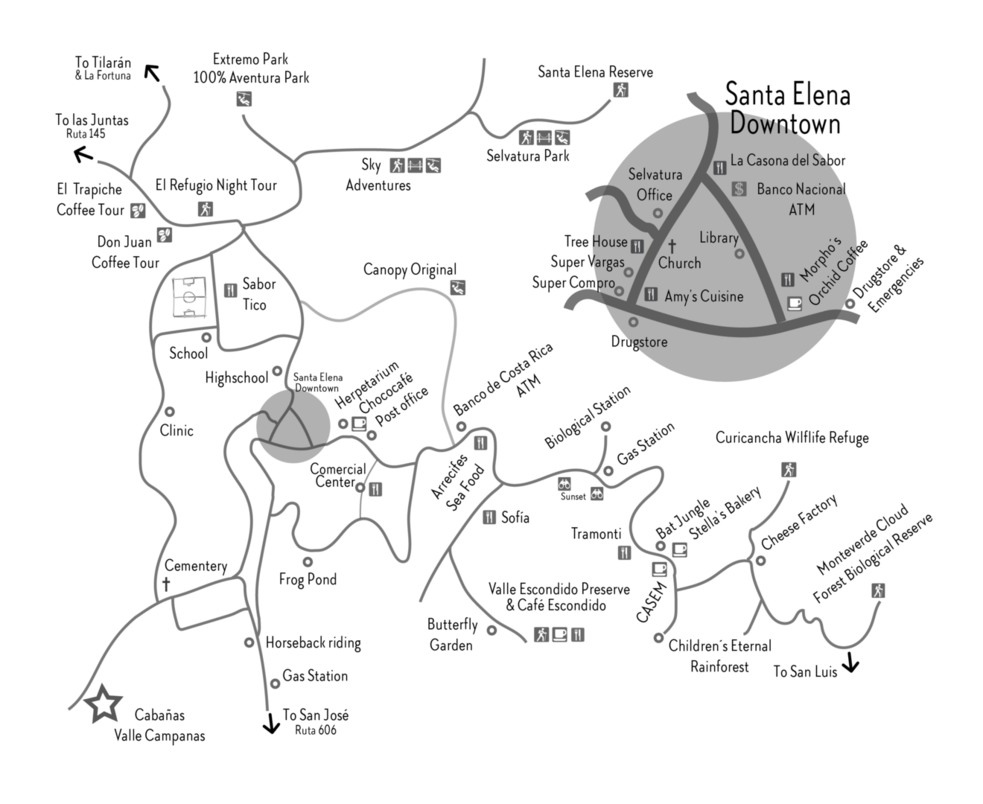 ​Monteverde is the nineth district of the central region of the province of Puntarenas, Costa Rica. The promediate elevation is 1500 meters AMSL.

Turistically, the district of Monteverde is divided into two regions: Monteverde and Santa Elena.
Monteverde, is the longest in extension and least populated. With only about 200 habitants, it was recognized as the place of welcome for the first settlers since 1927 and then, the Quaker people, which arrived from the United States in the 1950s, and for the location of the emblematic places such as the Reserve of The Cloud Forest of Monteverde or the Cheese Factory.
Santa Elena is the economic center of Monteverde, where banks, shops, souvenirs and most restaurants and tourist activities in the area are located. Santa Elena has an average of 7,000 habitants.
The variety of activities to do in Monteverde is overwhelming. There is something for anyone, from adventures to hikes. In Valle Campanas we will be your guide and we will help you to organize your stay, so that your time is unforgettable.

Our recommendation, for a full enjoyment of the area and its most interesting places, is a minimum stay of two nights. 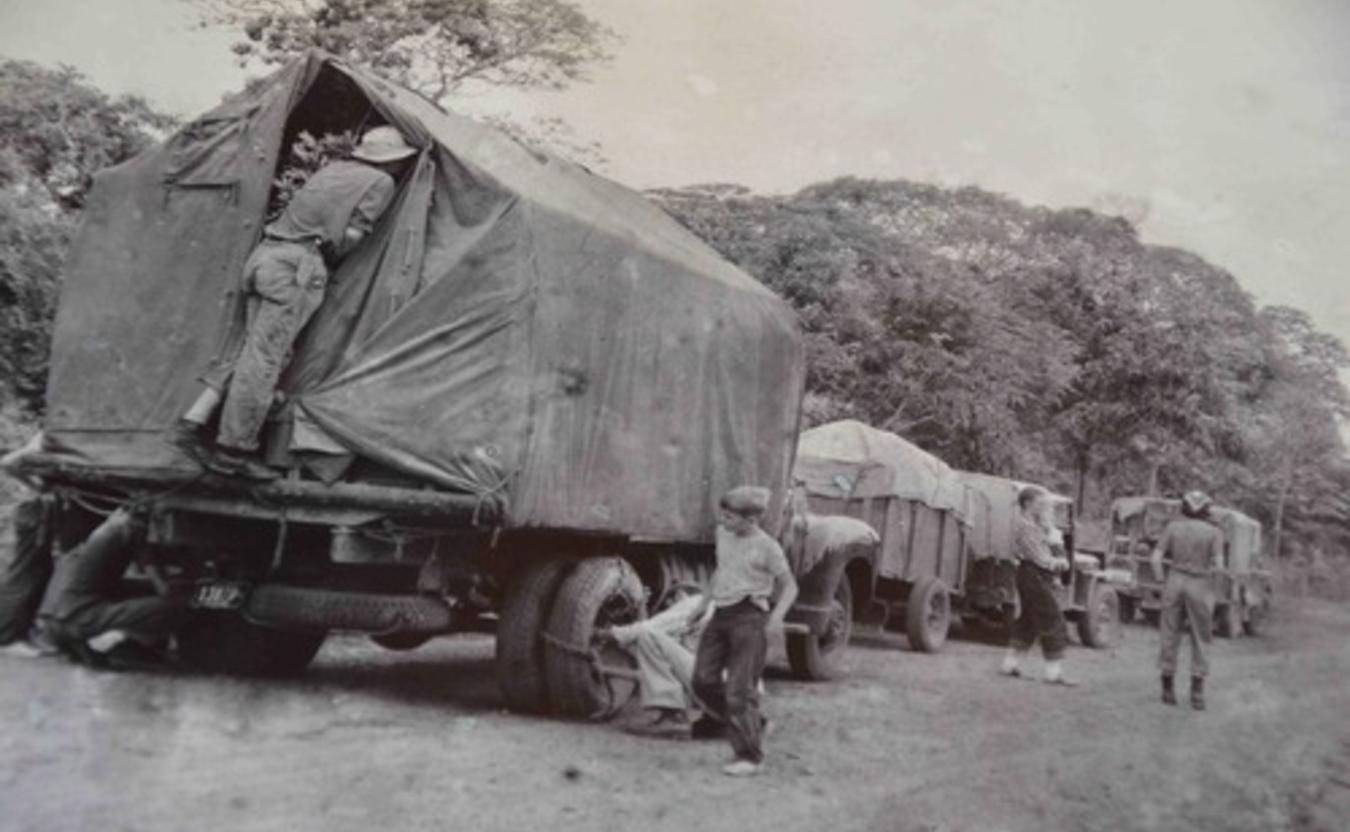